Cryptocurrency and digital assets have seen significant appreciation and interest over the last few years. With the increased attention comes plenty of questions—the biggest of which relate to how and when these assets are taxed.

In 2019 the popularity of Bitcoin (the first mainstream digital asset) grew immensely when the value reached $20,000 per coin for the first time. Soon after it peaked in value Bitcoin suffered a steep decline, going as low as $3,500 per coin. In late 2020, momentum picked up again with Bitcoin surpassing the previous high-water mark of $20,000 and eventually reaching over $60,000 (though not without periods of volatility). Although the most well-known, Bitcoin is not the only digital asset that investors have their eyes on. Ethereum, Litecoin, and several “meme” coins, such as Dogecoin, have become mainstream and part of many investors’ portfolios. With this boom in popularity, the IRS has opened their eyes, as well.

Another way to acquire cryptocurrency is by mining, which uses an array of computers with high processing power to solve complex mathematical equations. The reward is a coin of the cryptocurrency being mined. The mining is done on the individual cryptocurrency’s blockchain, which is a decentralized network that the coin operates on.

Mining is a way to generate and bring new coins to the market. Once mined, a cryptocurrency’s value is determined at a “spot” rate the moment the coin is awarded. The miner of the coin must report it as income at that point. Costs to mine, such as electricity, rent for the space to house the computers, and other expenses can be used to offset some of this ordinary income.

Cryptocurrency has been around for over a decade, but up until the recent market swings and explosive appreciation in late 2019, it did not garner much attention. Since cryptocurrency wasn’t a “mainstream” asset for the first years of its existence, the IRS did not give much thought to its potential. Most, if not all, of the early activity (before 2019) likely went unnoticed and unreported. With the rise in popularity of cryptocurrencies and digital assets, the IRS (and Washington) took notice and began the process of issuing reporting standards and legislation that will bring the digital asset space more in line with other investment assets. Some exchanges or decentralized finance (DeFi) platforms have started reporting cryptocurrency transactions on 1099s, in a similar fashion to a broker’s reporting of stock transactions to the IRS.

Recent proposed legislation looks to expand the definition of a broker to include “any person who (for consideration) is responsible for regularly providing any service effectuating transfers of digital assets on behalf of another person.” This means that any exchanges that allow for the trading of cryptocurrencies would be treated similar to brokers and would be subject to the same regulations and reporting requirements to the IRS. One topic yet to be addressed in the bill is whether the new definition of a broker would include miners of the crypto currencies or any user of the blockchain that houses transaction data. Different types of digital assets have different standards for the decentralized blockchains, so legislation could unexpectedly affect other users of digital assets and the related blockchains. This could lead to almost anyone falling subject to the reporting requirements for transactions on the blockchain, as certain blockchains allow anyone on the network to process transactions and be compensated. Would these “processors” be pulled into the new reporting requirements? At this moment that is unclear. Brokers would be required to collect a Form W-9 for new and preexisting users of the exchange, which would add to their record-keeping and reporting requirements. This will most likely create more issues for foreign investors using U.S.-based wallets.

The bill will include “non-fungible tokens” (NFTs) and other new assets under the new definition of digital assets.

There is a new reporting requirement for trade or businesses involved in digital asset transactions over $10,000. A modification to Internal Revenue Code (IRC) Section 6050I(a) will change to include the reporting of cash receipts which will now include digital assets and not just cryptocurrency. The modification to the IRC will effectively treat all digital assets as cash, and any value greater than $10,000 must be reported to Treasury. This provision will apply to returns and statements to be filed and furnished after December 31, 2023.

There are certain IRC sections that limit deductions on losses on certain securities transactions. If recent proposals under the Build Back Better Act are signed into law, digital assets would be subject to the same loss disallowance rules. One example is the wash sale rules for securities under IRC Section 1091. A wash sale or disallowance of a realized loss of a security occurs when an investor buys back a substantially identical asset 30 days before or 30 days after the recognition of a loss. As the law currently stands, digital assets are not subject to the wash sale rules since they are classified as property, not a security. A digital asset could be sold for a realized loss and the same exact digital asset could be bought again (immediately) without any limitation on the realized loss. The taxpayer would be reporting a taxable loss that can offset taxable gains. If the same actions were taken with shares of a company (AAPL, for example), the loss would be disallowed and added to the basis of the new position. Subjecting digital assets to the same rules as shares of a company would bring the two asset classes in line with each other for tax reporting purposes.

As digital assets grow in popularity and complexity, the tax law and reporting requirements will remain in flux. Many of the proposed changes are still up for debate, but the current laws remain in effect.

For specific questions, contact your Marcum professional to discuss planning opportunities under the proposed laws for digital assets. 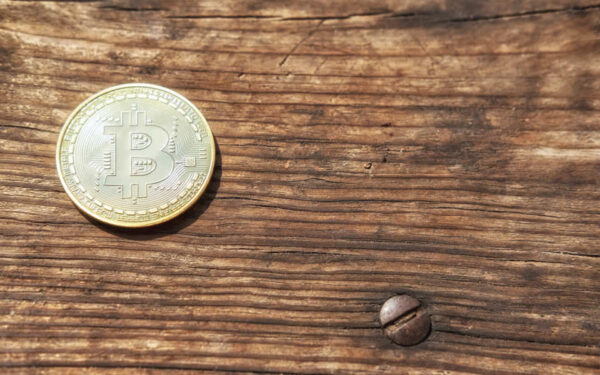 Is Your Nonprofit Organization Ready for Cryptocurrency?

Beyond whether a nonprofit should accept cryptocurrency, it’s also important to think about whether to invest a portion of the nonprofit’s portfolio in cryptocurrency.

Data Dissonance: The Barrier to Automation and Efficiency