Shareholder disputes in Pennsylvania involving minority shareholders have a lengthy history, beginning in 1933 when Pennsylvania first recognized a remedy for oppression. Pennsylvania Business Corporation Law (1933) PL 364, No. 106, §1107, reads as follows:

The standard of value in such Pennsylvania shareholder actions is fair value1, which is defined in 15 Pa.C.S § 1572 as:

Pennsylvania’s fair value standard is very similar to the well-developed fair market value standard in that both utilize the price that a hypothetical willing buyer and willing seller would agree to in an arm’s length transaction where neither was under a compulsion to buy or sell. Where the standards differ is the applicability, or lack of, valuation discounts specific to the minority interest. In Pennsylvania, the fair value of a minority interest in an oppressed shareholder case is calculated without applying discounts for lack of control, liquidity and marketability which are typically associated with a minority interest. The reason for this is that applying these discounts would lead to the oppressor benefiting from their oppressive behavior. As a result, the oppressed minority investor’s interest would be the pro rata share of the entity’s overall value.

However, the use of similar discounts at the entity level, if applicable, is still necessary and appropriate to determining a value of the entire entity. Once the entity is valued, the minority shareholder would be entitled to a proportionate share of the value of the entity.

It is important to note that the Pennsylvania Courts recognize that there is no oppressive conduct if a minority shareholder had unreasonable expectations. Since not all shareholder disputes are deemed to include oppressive conduct, fair value may not be the appropriate standard in all “shareholder disputes.” For example, this definition would prevent dissolution if the minority shareholder was fired for misconduct or acting in bad faith, a standard that was later adopted by the Superior Court in Ford v. Ford4 in 2005.

It should also be noted that the Pennsylvania Business Corporation Law does not explicitly define the phrase “illegally, oppressively or fraudulently.” The 1990 Amended Committee Comment to 15 Pa.C.S §1767 indicates that these decisions are to be made on a case-by-case basis. This gives the Courts the ability to use judgement in determining what is and is not oppression. Since Pennsylvania’s case law is not as developed as some of its neighboring states, it has historically looked to decisions in Delaware, New Jersey and New York for guidance.

From a remedy standpoint, the Court in Mitchell Partners, L.P. v. Irex Corp. et al.5, citing 15 Pa.C.S. § 1105, recently determined that statutory appraisal is the plaintiff’s sole avenue for remedy in cases of merger unless an exceptional circumstance with fraud or fundamental unfairness was present.

The rules under 15 Pa.C.S. have been designed to prevent the unwinding of a transaction after it has been consummated. This is because the effects of unwinding a transaction, regardless of whether it is days, weeks, or years later, because of a dissatisfied minority shareholder could be costly and difficult.

In cases where there has not been a merger, a minority shareholder can attempt to have the court dissolve the company, pursuant to 15 Pa.C.S. §1981, if “the acts of the directors, or those in control of the corporation, are illegal, oppressive or fraudulent and that it is beneficial to the interest of the shareholders, that the corporation be wound up and dissolved.” 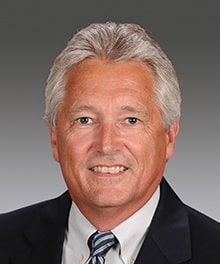