Entering 2022, the construction industry faced two primary issues: rising costs and shortages of labor and materials. Of course, these two issues are fundamentally linked. Though the pandemic’s hold on people’s lifestyles began to ebb during 2022’s initial quarters, the supply chain issues facing contractors became more severe. Russia invaded Ukraine on February 24, and China has engaged in strict lockdowns in a number of key manufacturing districts. On top of that, the Federal Reserve began a process of ratcheting interest rates higher. In short, the life of the typical contractor became far more complex during a first quarter that was supposed to usher forth simpler times.

The Good
As a sign of the times, this is what passes for good. The average 30-year fixed-rate mortgage recently climbed above five percent and is now at its highest level since the middle of 2009. Mortgage applications have plummeted in response. Existing home sales declined approximately 11 percent from January to March. Still, home equity gains remain in place for now. According to the Case-Shiller home price index, home prices were up nearly 20 percent year over year as of February.

The Bad
There’s actually a lot of good here, though contractors continue to fume over the shortage of skilled workers. The construction industry has regained all of the jobs lost during the first two months of the pandemic. As of April 2022, industry employment is 4,000 jobs above February 2020 levels. This represents a rapid recovery by historical standards, with the industry adding more than 1.1 million jobs since the worst of the downturn. That said, industry employment is significantly lower than it would have been had the pandemic not occurred, in part because many former workers permanently retired as the pandemic tore through the economy and endangered public and personal health. Had hiring and retention persisted at average rates associated with the eight years preceding the pandemic, the industry would have about 600,000 more employees. 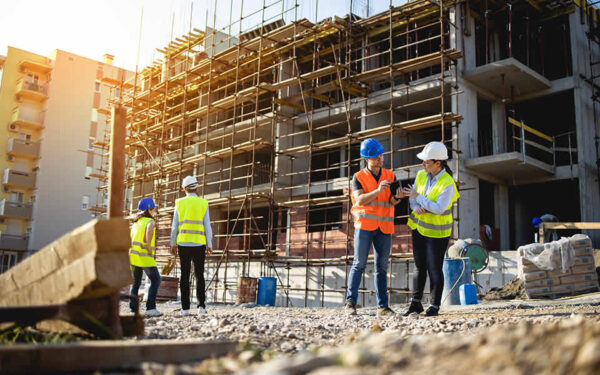