The gradual shift from a separate to a combined reporting environment over time has been undertaken by states as a means of increasing the tax base to generate additional sources of revenue, and to neutralize the effects of tax planning strategies, which pit combined and separate reporting states against each other.

While combined reporting often limits potential opportunities for impacted businesses through the imposition of mandatory rules under separate reporting regimes, several opportunities may be available, including defining the unitary group subject to combination, as well as apportionment planning in the proper calculation of the sales factor.

In most combined reporting jurisdictions, a corporation will be includible in a combined report if it is part of a commonly controlled group, is conducting a unitary business with one or more entities in the group, and is not specifically excluded. Consistent with a series of judicial decisions, states only have the power to mandate a combination of corporations that are part of a unitary group. 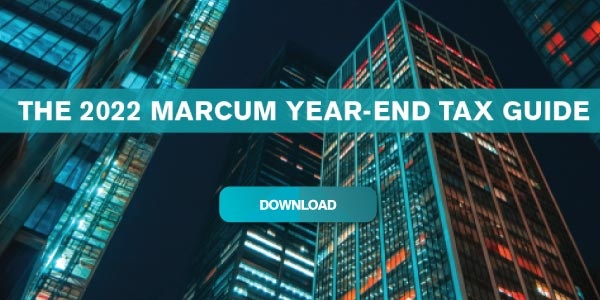 Generally, an organization must meet all three unity tests to be considered part of the unitary group. In addition and complementary to the three unities test, the Court has also looked to other factors, which support the concept of a mutually interdependent relationship among commonly owned or commonly controlled entities.

In Edison California Stores v. McColgan,2 the Court developed the contribution or dependency test, which supports the finding of a unitary relationship where operations of a portion of a business performed within the state depend on or contribute to the operations of the business outside the state.

Each of the factors of a unitary business focus on the relationship between affiliated entities from different facets of a business’s operations.

The centralized management test focuses on not the ability to control but the actual amount of common control exercised between business segments. Centralization of management exists when directors, officers, and/or other management employees jointly participate in the management decisions that affect the respective business activities and that may also benefit the entire economic enterprise. Centralization of management may exist even when day-to-day management responsibility and accountability have been decentralized, so long as the management has an ongoing operational role with respect to the business activities. An operational role can be effectuated through mandates, consensus-building, or an overall operational strategy of the business, or any other mechanism that establishes joint management.

The economies of scale test focuses on whether there is any income earned as a result of shared functions, activities, or operations. Economies of scale refer to a relation among and between business activities resulting in a significant decrease in the average per-unit cost of operational or administrative functions due to the increase in operational size. Economies of scale may result from the inherent cost savings that arise from the presence of functional integration or centralization of management. The relevant query, thus, is whether the business segments are more profitable when operated together than they would be if each operated independently.

In F.W. Woolworth, the Court indicated that the factors evidencing economies of scale were:

These factors provide evidence of whether the business activities operate as an integrated whole or exhibit substantial mutual interdependence. In other words, the unitary business principle requires that the out-of-state activities of the purported unitary business be related in some concrete way to the in-state activities, such that the sharing or exchange of value is not capable of precise identification or measurement.8 However, it is important to consider that sharing or exchange of value that characterizes a unitary business relationship generally requires something more than a mere flow of funds arising out of a passive investment, or from the financial strength contributed by a distinct business undertaking that has no operational relationship to the other elements or activities of an entity or commonly controlled group of entities.9

Currently, approximately 30 jurisdictions mandate unitary combined reporting for general corporations that are commonly owned or controlled. However, notwithstanding the constitutional tests discussed above, these states adopt varying statutory definitions of “unitary” for purposes of combined reporting. Even in cases where the definitions in different states are consistent, there is significant variation in how the states and/or the courts interpret those definitions from a regulatory and case law perspective. As such, due to the absence of bright-line tests and the application of different standards, a group of corporations may be considered unitary in one state, but not unitary in others; or may be unitary in one year, but not the next.