To B Or Not To B? Why Food and Drink Companies Are Embracing B Corp Status Amy’s Kitchen, an organic food brand, made an announcement in March as if they had just won an award, and in a sense, they had. They had been accepted into a growing club of companies earning objective certifications regarding sustainable, environmental, good supply and workplace practices. Consider it a business that got a “good practices” seal of approval.

“We have exciting news to share,” the company said after obtaining B Corp certification on March 24; “We’re now officially a B Corp!”

Becoming a B Corp isn’t exactly the same as winning an Oscar, but it’s a distinction that more F&B companies are pursuing – and pointing to. Companies go through a fairly elaborate evaluation, hoping for independent recognition of good practices ranging from workplace to environment to community. Only one in three companies scores high enough to be approved, according to B Lab, which certifies companies. Amid a surge in applications, B Lab says verification can take six months.

A Taste for Certification

When it comes to deciding whether to “B” or not to “B,” more companies are going for it. Ben & Jerry’s did it a long time ago and still is certified, even though it’s now part of Unilever. Danone North America, Greyston Bakery, Cabot Creamery, Drizzle Honey, Goodpop, Purely Elizabeth and Stonyfield Organic all boarded the B Corp bandwagon. Companies pay $150 to submit a B Impact Assessment and fees on a sliding scale for annual certifications, from $1,000 for companies with up to $150,000 sales, to $50,000 for sales up to $999.9 million. Applicants think the investment is worth it. Doing good and proving you’re doing good benefits companies – as well as society.

“Over the course of 2020, we have seen how purposeful companies, with better environmental, social and governance (ESG) profiles, have outperformed their peers,” BlackRock CEO Larry Fink wrote in a 2021 letter to CEOs amid an explosion in ESG investing.

Investors (and customers) are looking not only at product and price, but procedures and practices that benefit the business and the planet. Seventy-five percent of individual investors are interested in sustainable investing, and 71 percent believe companies practicing ESG principles may be better long-term investments, according to a study by Morgan Stanley. Amid global warming concerns, there’s talk about setting standards for climate change risk disclosures by public companies, and if doing good does matter, measuring it can make a difference from climate change to community.

That’s where B Corps come in. B Lab says some F&B companies are proud to be “advancing a climate-aware business model, including through local, regional, and regenerative agriculture.”

B Certification isn’t new; B lab has been around since 2006, certifying for-profit companies that focus on purpose as well as profit. But there is confusion. “Benefit corporations” may sound a lot like B Corps: they’re not the same. Benefit corporations are approved by states with different processes and provisions, but not by B Lab.

More than 4,000 companies, meanwhile, have gotten the B Corp global seal of approval. Certification can boost the bottom line, while making businesses more attractive to employees. B Corps like to do business with each other, while reducing energy use can save money. Throw in the feel good factor for all involved.

“Since day one, we’ve been on a mission to fix our country’s broken food system,” Imperfect Foods’ Head of Sustainability Madeline Rotman says of sourcing, delivery and packaging. “We’re honored to have this stamp of approval.”

Even if it isn’t the Oscars, companies try to get mileage from an objective ratification for doing the right thing. And companies sometimes point to this certification as a not-so-secret ingredient in their identity. Sustainability reports are companies evaluating themselves, sometimes greenwashing. Plus, B Corp certification is not the only thing companies point to; they tout their ESG practices. Imperfect Foods, for example, which recently became a B Corp, says it is helping create “a kinder, less wasteful food system” as part of its core identity and marketing.

Stonyfield Organic, B Lab says, provides care for organic farmers and cows as it seeks to “produce healthy food, healthy businesses and a healthy planet.” Alter Eco bills itself as “the cleanest, greenest chocolate” using Fair Trade principles and helping mitigate climate change through regenerative agriculture. Amy’s Kitchen says over 33 years it learned that “choosing to do what’s right for people and our planet… is what leads to success in business and in the positive impact we can make.” And Ben & Jerry’s identity is built around social awareness as much as ice cream. Certification, for nearly all of these companies, is the cherry on the Jerry Garcia sundae.

Many F & B companies have opportunities to be sustainable, from sourcing to agriculture, making them prime candidates for B Corp certification. Fishpeople provides seafood meals made with sustainably sourced fish from the Pacific Northwest. ButcherBox offers grass-fed beef, free-range organic chicken, pork raised crate-free and sustainably sourced seafood. Some F & B companies plough profits into social causes, such as Greyston Bakery, whose brownie sales fund its nonprofit, providing workforce development training, community gardens and housing.

And some B Corps mix celebrity with certification, like Once Upon a Farm, co-founded by actress Jennifer Garner to make cold-pressed, organic fruit and veggie blends for babies.

Business and social causes can also blend well. The customer isn’t donating, but is spending dollars on companies that behave in ways that, you hope, benefit the planet. Companies, in turn, get grades from B Lab in categories such as community, workers, customers, suppliers and environment.

That report card on doing the right thing can point to strengths, as well as shortfalls. Ben & Jerry’s, certified since 2012, received a 110 B Impact Score in its most recent evaluation, while Danone North America got 96, Cabot Creamery scored 92.7, Clever Coffee scored 88.2, Farmstand scored 87.9 and Cook Master scored 84.2, just above the 80-point cut off. B Lab gives a kind of “goodness” grade, where transparency can be painful.

Danone disclosed recalls among its B Corp data. When you dive deeper, you find companies sometimes don’t have great scores in certain categories. Holding yourself to a higher standard, as Hebrew National did in its legendary ad campaign, can invite criticism if you fall short or profits suffer.

The B Corp seal doesn’t (yet) pack the same sales punch as the Good Housekeeping seal of approval. Time will tell whether doing the things that are good for society and the planet and can lead to B Corp certification will also lead to good results on the balance sheet. 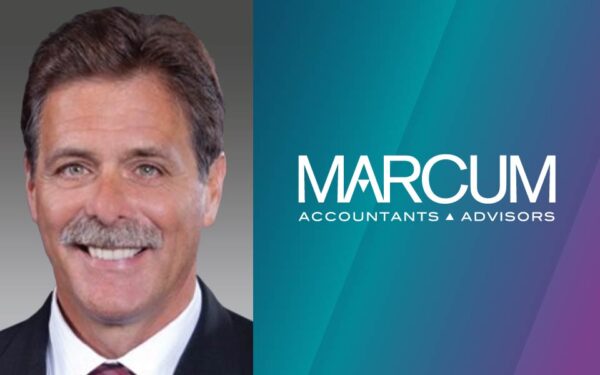 Over the years, I’ve often been critical of how slowly Big F&B companies react to consumer trends and how smaller companies are much more nimble and innovative.

How Food and Beverage Companies Are Meeting Continued Challenges

Taking the Pulse of the Industry: Labor Issues and Shortages in Food & Beverage