Editor: Please tell us about your professional backgrounds.

Roche: I’ve been at Marcum close to nine years as a valuation expert, where I specialize in business valuation, including the valuation of intellectual property. I’m a manager in the advisory group, primarily in the New York City and New Jersey offices. I am a CPA and an Accredited Senior Appraiser with the American Society of Appraisers. I also hold the Accredited in Business Valuation designation from the AICPA.

Taylor: I’m a director in Advisory Services based in our New England office, and I was recently appointed National Valuation Practice Leader for the firm. I, too, am an Accredited Senior Appraiser with the American Society of Appraisers and a Certified Valuation Analyst from the National Association of Certified Valuators and Analysts (NACVA). Since 2001, I’ve been doing valuation work encompassing all aspects of business valuation.

Editor: What might a company’s intangible assets include, and in which sectors do intangibles play the most prominent role?

When you think of patents and IP, you tend to think of pharma/biotech and technology first. But over the last 15 to 20 years, we’ve seen the recognition of intangible assets spread throughout many sectors. These days you’ll also see, for example, financial institutions and lending companies with proprietary trading desks and internally developed technology.

Intangible assets are also called “invisible assets” because they generally do not appear on your balance sheet; you do not recognize them unless you acquire them, whereas if you spend money on trade names or on patents, that expense runs through your profit-and-loss statement.

Editor: How do intangible assets derive their value?

Roche: Let’s start with patents. If you have something of functional utility or a unique design, you can get a patent, which essentially awards you a monopoly to use that functional utility or design in the marketplace. If it’s perceived to be a superior product, the monopoly allows you to charge a higher price or earn more profit than another entity that doesn’t possess this patent. Further, if someone willfully infringes your patent, you may be awarded up to three times damages – a very significant protection. Of course, this is valid only through the life of the patent, which could be as long as 20 years.

Taylor: And, an intangible asset, especially a design or utility patent, may also enable you to lower your costs. So even though you may not be able to charge a higher price, you will still be able to increase your profit margin. You’ll see that with internally developed technology or databases as well.

Roche: Exactly. Meanwhile, copyrights are granted a much longer protection period: copyrighted works and other creative ideas are protected for the lifetime of the author plus 70 years, which substantially protects the author’s earning stream.

Trade names, which protect brands and images in the marketplace, can be almost indefinite in term, as long as you follow the registration procedures. The challenge with trade names is they require a lot of investment both in money and time to build in the marketplace, and they’re subject to great volatility. If you receive bad news and don’t handle it adroitly, your trade name may acquire a negative stigma that will diminish its value very quickly.

Click here to view the full interview as a .PDF >> 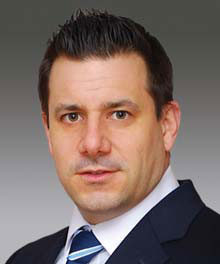