By Liz Moyer and Karen Damato The Mark Sanford divorce saga has gone back behind closed doors: After a surge of attention to the South Carolina congressman’s rambling Facebook post on Friday about his private life, a family-court judge said today that Mr. Sanford and his ex-wife, Jenny, have agreed to mediation on parenting issues and other concerns.

But recent days provided an interesting peek at a change in divorce-related strategy by Mr. Sanford—the former governor whose split came after his supposed hiking trip on the Appalachian Trail in 2009 turned out to be a cover story for the real story, a rendezvous with his Argentine lover.

After divorcing in 2010, the Sanfords have continued to battle over issues involving their four children. Mr. Sanford’s 2,400-word post cited that legal fight in announcing the end of his engagement to that girlfriend-turned-fiancee, Maria Belen Chapur. But Mr. Sanford also indicated in the Facebook post that he had decided to retain a lawyer to defend him in the latest legal action by his ex-wife.

Divorce experts say mediation is almost always a good option in a divorce proceeding, being far less expensive than handling matters through the court and far more flexible in terms of the outcome. “In mediation you can do things that the court won’t do,” said Ilan Hirschfeld, who leads the marital dissolution practice group at Marcum Group, a New York accounting and advisory firm. That can include settling on more generous alimony, child support and custody terms than a judge might render.

Speaking about the Sanford case, Mr. Hirschfeld said taking the fight to social media might have been a misstep.

“I applaud them in going to mediation,” Mr. Hirschfeld said. “But it’s the first step. You need cooperative and transparent discussions. Publishing that kind of information on social media for the whole world to see makes it more difficult for the [other party] to agree to agree as opposed to putting a little fuel on the fire. We advise all clients that if they have any issues they should keep them private.”

Click here to read the full article on www.wsj.com >> 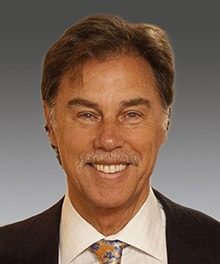