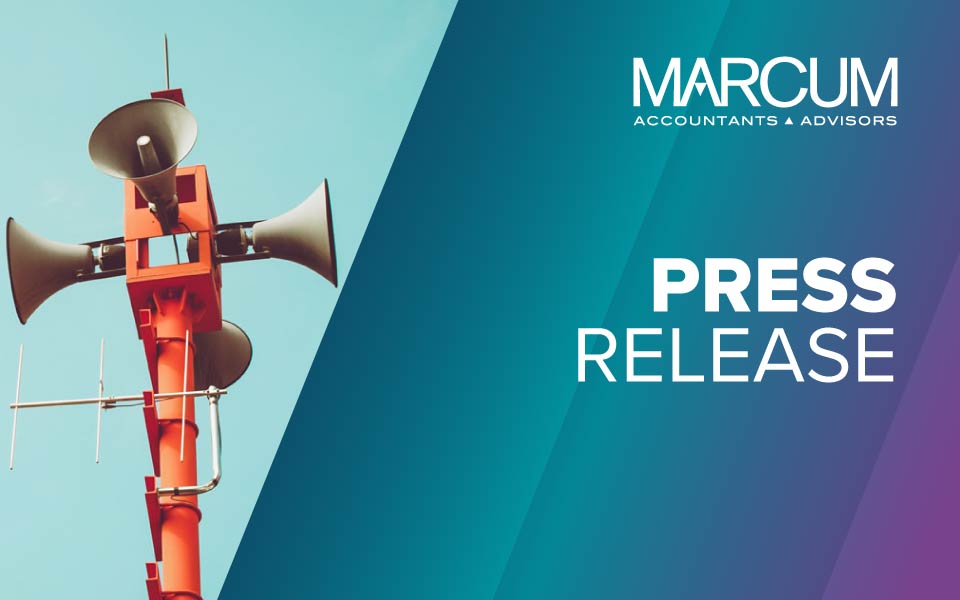 New York City – The Philadelphia office of Marcum LLP, a top national accounting and advisory firm, and Region’s Business, a journal of business and politics, have launched a new awards program to recognize business innovation in the Philadelphia region. The inaugural Marcum Innovator of the Year Awards will honor companies whose innovations have positively impacted the Greater Philadelphia economy or have significantly benefited their industries or end-users. Winners will be announced at a gala event at the Franklin Institute on November 14.

The awards will recognize innovation in the fields of Health/Biotech, Technology, Business Management, and Energy. Three winners will be named in each category, based on company size.

The judging panel will be comprised of six leaders from the Philadelphia business community, including RoseAnn B. Rosenthal, President & CEO of Benjamin Franklin Technology Partners, which has invested nearly $170 million in regional technology enterprises; and Christopher Wink, Cofounder and Editor of Technical.ly, a news and events network focused on building better cities through technology.

“The Marcum Innovator of the Year Awards were conceived to recognize and support companies that are catalysts for positive change in the Philadelphia economy and that have taken risks to successfully push the boundaries in their industries,” said David H. Glusman, Partner-in-Charge of Marcum’s Philadelphia office.

“This is a spectacular opportunity to celebrate the spirit of innovation in and around Philadelphia. The inaugural Marcum Innovator of the Year Awards will honor businesses that are pioneering some of the most important advancements of our day,” Mr. McDonald said.

Public and private companies headquartered in the nine counties of the Greater Philadelphia Metropolitan Statistical Area are eligible to participate. Nominations must be received by September 15, 2013.