New York City, NY – Marcum LLP audited more special purpose acquisition company (SPAC) IPO transactions in the first half of 2019 than any other U.S. audit firm, according to SPAC Research. Between January and June, Marcum audited 13 SPAC transactions, or 46% of all SPAC offerings, representing $3.4 billion in total capital raised.

Marcum has been the leading auditor in the specialized SPAC initial public offering (IPO) market since 2015, the first year for which SPAC Research data is available. Marcum audited over 60 SPAC IPOs between January 2015 and June 2019, or approximately 45% of all SPACs that completed IPOs. These SPACs raised over $12 billion in gross proceeds.

Marcum was also the top-ranked auditor in three of the four calendar years during that period (2015, 2017 and 2018) and tied for the most deals audited in the remaining year (2016).

“Special purpose acquisition companies have gained momentum in parallel with the unprecedented bull market over the last decade, as the post-recession economy has strengthened. Marcum’s dedicated SPAC team is an experienced resource for SPACs in connection with their IPOs and subsequent merger with an operating company. Marcum has represented approximately 40 SPAC clients in their post-IPO merger activities,” said David Bukzin, Marcum’s vice chairman and leader of the Firm’s national SEC Service Practice.

Marcum LLP has represented issuers, worked with underwriters and targets of special purpose acquisition companies (SPACs), and has wide-ranging experience in initial public offerings and subsequent business combinations entered into by such companies. Marcum has been involved with more SPAC transactions than any other audit firm and is the only audit firm to have a dedicated SPAC team.

About Marcum LLP
Marcum LLP is a top-ranked national accounting and advisory services firm dedicated to helping entrepreneurial, middle-market companies and high net worth individuals achieve their goals. Marcum offers industry-focused practices with specialized expertise to privately held and publicly registered companies, and nonprofit and social sector organizations. Through the Marcum Group, the Firm also provides a full complement of technology, wealth management, executive search and staffing, and strategic marketing services. Headquartered in New York City, Marcum has offices in major business markets across the U.S. and select international locations. Marcum is committed to the advancement of diversity, equity and inclusion. The Firm is a founding member of LEA Global and is the exclusive U.S partner firm of ECOVIS International. Ever wonder where the people with all the answers get all the answers?  #AskMarcum. 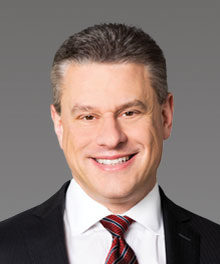