The U.S. real estate industry was forced to slow the pace of projects and, in some cases, pause them entirely during the pandemic. Looking forward, investors who are moving ahead with previous projects and starting new ones will have much to consider from a tax perspective. Though this year may not have seen the same turbulence as last year in terms of tax policy, there were many shifts that will impact real estate businesses in 2021 and beyond. The following considerations are important to keep in mind with each deal moving forward:

Below are some of the key points to be considered for tax purposes as real estate businesses seek to move forward and create efficient deals for investors.

Some businesses and projects required additional capital in order to move forward during the pandemic. It is important to consider the tax impact of a cash infusion on the partners and investors in order to ensure it has the intended effect on their capital accounts.

In Hohl v. Commissioner, the Tax Court ruled that cash contributed by one partner was to be treated as cancellation of debt income upon liquidation of the partnership. Michael Hohl was a partner in a partnership, Echo Marketing Solutions (“Echo”) which was formed in 2009, with three service partners each receiving a 30% ownership stake and one partner, Rodriguez, who would contribute the capital to start the business in exchange for a 10% interest.

In 2009, the contribution was recorded on Echo’s tax return as an “Other Liability” and allocated pro rata as a recourse liability on the partners’ K-1s. Partners were also allocated losses pro rata. There were no beginning balances recorded on any of the partners’ capital accounts.

In 2010, Rodriguez made another contribution, which was recorded as a liability allocated 100% to Rodriguez on his Schedule K-1. Income and losses were allocated pro rata among the partners. In 2011, a similar liability was recorded, and there was no income or loss. The final tax return was filed in 2012, reflecting no liabilities on any of the partners’ K-1s.

To determine whether Rodriguez’s cash infusions should be classified as capital contributions or not, the Tax Court looked at the substance of the transaction. The three factors considered were:

The Court mostly focused on the intent of the parties, as it was clear in the way the transaction was reported on Echo’s tax returns that the initial cash infusion was to be treated as a loan. The Court went on to analyze the contribution section of Echo’s partnership agreement, which required the partnership to notify all partners in writing and give all partners an opportunity to contribute in the event additional cash was required. No evidence was provided to show this had occurred.

Based on the above facts and analysis, the Tax Court concluded that the infusions of cash made by Rodriguez were loans to the partnership and the partners were subject to cancellation of debt income upon liquidation of the partnership.

This case is an important reminder that, when making or receiving cash infusions, the partnership agreement should be reviewed carefully in each scenario to ensure it reflects the parties’ intent for the transaction, in order to prevent an adverse tax impact.

Another important development this year related to the carried interest rules originally created as part of the 2017 Tax Cuts & Jobs Act (“TCJA”). In January of 2021, Treasury released final guidance on the rules, which allows more precise decision-making and planning from a tax standpoint.

A “carried” interest, also called a “promote,” is the interest in profits that the general partner receives for its management of the investment. Under current law, carried interest is treated as a long-term capital gain as long as the asset that generated the gain was held for at least three years. A shorter hold period will result in short-term capital gain, taxing the partner at ordinary rates.

Understanding the terms used in the final guidance is important in determining whether gains will be recharacterized. Recharacterization of holding periods applies to a partner’s distributive share of long-term capital gain and/or gain on disposition of an applicable partnership interest (“API”).

Once a taxpayer has determined it is subject to the carried interest rules, it must look to the type of transaction to determine the holding period.

Sale of Asset. When an asset is sold, the holding period dictates the character of the gain or loss, even if the partner has held the interest for less than three years.

Sale of Partnership Interest. Upon sale of a partnership interest, the partner first looks to the amount of time the interest was held, subject to a look-through rule.

With the final guidance on the carried interest rules, taxpayers can make more informed decisions when structuring real estate deals to maximize potential outcomes for investors.

As part of TCJA, a $10,000 limit was imposed on individuals’ state and local tax deductions. The limit, commonly referred to as the “SALT cap,” has been in effect since 2018 and will remain so until 2025, pending further legislation. Taxpayers have been eagerly awaiting ways to work around this limitation, and many jurisdictions are now providing that relief.

The SALT cap is a direct hit on individuals who itemize deductions on their federal income tax returns and has sent states into a frenzy on workarounds for their residents. There are currently 20 states with legislation on Pass-through Entity Tax (“PTE Tax”), enabling individual owners to benefit from the deduction without such $10,000 limitation.

After rejecting some of the earlier workarounds, it was uncertain where the IRS would fall on the PTE Tax. In November of 2020, the IRS approved of both mandatory and elective entity-level income tax on pass-through entities.

Notice 2020-75 confirmed that the PTE Tax could be deducted by the partnership or S-corporation. In turn, the deduction would be reflected on the owner’s Schedule K-1 and not subject to the $10,000 SALT limitation.

Once the IRS issued the above guidance, many states jumped on the PTE workaround bandwagon. A particular area where state guidance varies is with a structure familiar to most real estate investors: the tiered partnership. Below is a sampling of how some jurisdictions adopted the tax for this type of structure:

California
California enacted a PTE tax effective for taxable years between 2021 and 2025. A PTE may only claim the tax if its owners are individuals, trusts, estates, fiduciaries or corporations, which means an entity with a tiered partnership structure would be ineligible.

Maryland
The Maryland PTE tax is effective for tax years beginning January 1, 2021 or after. PTE owners that are themselves PTEs can pass through the credit paid to its owners. A PTE owner may also make its own PTE election.

New Jersey
New Jersey enacted its Business Alternative Income Tax (“BAIT”), effective for tax years starting after January 1, 2020. A tiered partnership will claim a credit in the amount of tax paid by the PTE on its share of distributive proceeds. The credit does not flow through directly to the tiered partnership’s partners. The PTE is still responsible for remitting tax on behalf of its nonresident partners.

New York
New York’s PTE tax is effective for tax years starting on or after January 1, 2021. It is made at the entity level, so each partnership within a tiered structure is responsible for its own election. While all partner types would benefit at the federal level, an upper-tier PTE will not receive credit in New York for its share of the PTE tax paid at the lower-tier PTE.

The rules and analysis regarding whether a pass-through entity should, or is required to, make an election are complex, especially when varying ownership structures come into play. For example, electing to pay PTE tax in New York may benefit individual owners, but end up being disadvantageous to a PTE.

Before making an election, PTE owners should consider all of these issues, as most elections are irrevocable in the year made.

Taking into account the changes of the past few years as well as necessary actions such as cash infusions, taxpayers should be prepared for all of the decision-making involved in upcoming deals:

With all of the changes of the past year-and-a-half, it has become a large task to stay on top of the tax landscape. Speaking with your tax advisor throughout the year as well as at year-end is crucial in order to find any areas in tax planning and compliance that could require modification to get the best outcome for your business and your investors. 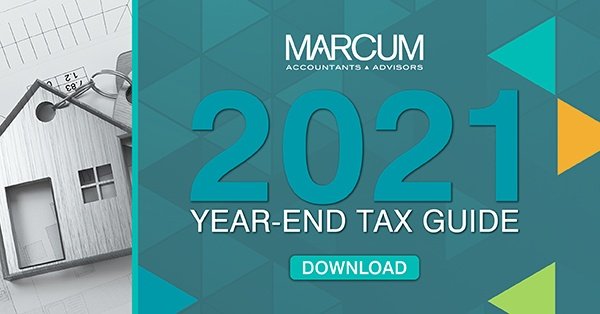 Tax Director Daniel Smith’s article about tax issues in the sale of appreciated land appeared in the August issue of the Mann Report.

The Mann Report published an article by Tax Partner James Philbin, about the adaptive reuse of vacant office space.