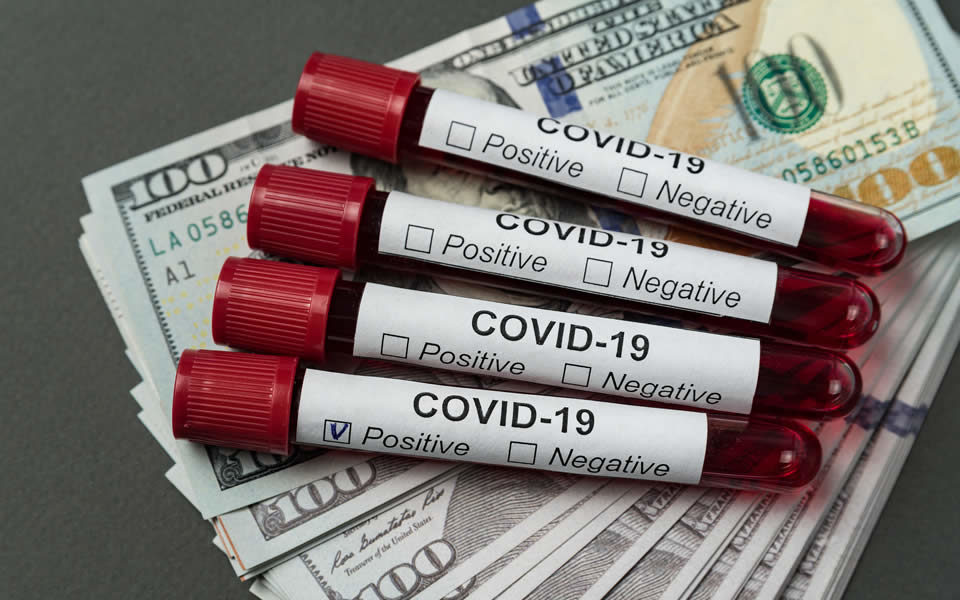 COVID-19 cases fueled by the Omicron variant are finally starting to decline, at least here on the East Coast, according to the CDC. But in the meantime, many people are still getting infected and unable to obtain rapid tests when they need them.

One reason is hoarders and scalpers. In many communities, if you try to purchase a rapid test at your local pharmacy, they will be sold out, no matter what time of day you visit the store. But post a note on a local Facebook group that you need one, and you’ll suddenly hear from scalpers who claim they have an extra one “for personal use” that they’ll sell to you…at a steep markup, of course.

Merchants who have the tests are not always behaving much better. We hear that some stores are shamelessly doubling the price of tests on apps like Seamless and Uber Eats.

The problem has gotten so bad that two senators have called for an FTC investigation into price-gouging of over-the-counter, at-home test kits. They say the profiteers are predatory. It just goes to show that some people will exploit a situation to their benefit, no matter how much it affects everyone else.

But the fun doesn’t stop there. The CDC has also reported that 60% of KN95 masks made in China are fake and won’t protect you from the virus. What a surprise!

Many people can’t come up with $70 to pay for a single home test, as some of the price gougers are charging, let alone enough tests for a family. And if someone is truly sick, it is unlikely they will have the stamina to stand outside in the cold waiting for a PCR test in a clinic. What will probably happen is that many people who need to take a test to protect vulnerable family members and colleagues at work will go without it and hope for the best as they put on a KN95 mask. Only the mask won’t do anything if it happens to be counterfeit. The result is everyone suffers.

There are some positive developments: The federal government just authorized a plan where every household can order four test kits online, which will be delivered via the USPS—that is if you get USPS delivery, which some of us just don’t. It also initiated a program in mid-January to require private insurance companies to cover the cost of up to eight home test kits a month. And you know who ultimately pays the cost—business owners, through increased medical insurance premiums. But the four test kits will take a couple of weeks to arrive by US Mail and, in the meantime, the insurance companies will not be reimbursing anyone for the eight other tests if people can’t find them. I sincerely hope the government will put the profiteers out of business so we can put Omicron behind us and start reopening life as we knew it after Delta subsided—something we all are more than ready for.

On another note, Monday was Martin Luther King, Jr. Day. 53 years have passed since his assassination at age 39, yet it is hard to think of a world leader whose message has become more relevant with each passing year. While there are many steep challenges in front of us, MLK Day reminds us to have courage in standing up for what is right.