In May 2010, the Committee of Sponsoring Organizations of the Treadway Commission (COSO) sponsored a study, Fraudulent Financial Reporting: 1998-2007 (the Study). The Study found that there were 347 alleged cases of public firm fraudulent financial reporting from 1998 to 2007. The total cumulative misstatement or misappropriation was nearly $120 billion. The Study was an update from COSO’s 1999 issuance of Fraudulent Financial Reporting: 1987-1997.

The purpose of the Study was to:
Firms Involved with Fraud Varied in Size and Industry

The firms allegedly engaging in financial statement fraud (fraud firms) was not limited to large firms like Enron and Worldcom. Fraud was evident at many smaller registrants including startups with no assets or revenues as well as large firms with just under $400 billion in assets and $100 billion in revenue. Accordingly, the study noted that fraud is not limited to the size of the firm.

In addition, fraud occurred in a variety of industries. The most common industries were computer hardware and software (approximately 20 percent of the 347 fraud firms), and other manufacturing (approximately 20 percent of the 347 fraud firms). Other industries included healthcare/health products (11 percent) and retailers/wholesalers (9 percent). These findings suggest that any actions to prevent, deter, or detect fraud should not be limited to any particular industry.

Prior to committing fraud, many of the fraud firms were experiencing net losses or were close to break-even positions. Therefore, pressures of financial strain may have provided incentives for fraudulent activities for some fraud firms. The SEC’s most commonly cited motivations for fraud included the need to meet internal or external earnings expectations, an attempt to conceal the firm’s deteriorating financial condition, the need to increase the stock price, the need to bolster financial performance for pending equity or debt financing, or the desire to increase management compensation based on financial results. Enhanced skepticism when firms are experiencing financial stress appears warranted for key governance participants, including the board of directors, auditors, and regulators.

The most common fraud techniques involved improper revenue recognition (61 percent of the fraud firms), followed by the overstatement of existing assets or capitalization of expenses (51 percent of the fraud firms). The revenue misstatements were primarily due to recording revenues fictitiously or prematurely by implementing a variety of techniques including sham sales, conditional sales, round-tripping or recording loans as sales, bill and hold transactions, premature recognition of revenues before all the terms of the sales were completed, improper cutoff of sales, improper use of the percentage of completion, unauthorized shipments and/or consignment sales. The two most common asset accounts overstated were inventory and accounts receivable.

Board of Directors and Audit Committee Had Minimal Impact on Fraud

The Study analyzed the Board of Directors and Audit Committee of fraud firms relative to no-fraud firms, in order to observe whether certain board characteristics are more likely to be associated with fraud firms relative to no-fraud firms. The Study mentioned while there are some differences in the characteristics, they are not significant. For example, almost all fraud and no-fraud firms had audit committees, whereby the average size for both groups were three members and the audit committees of both groups met approximately four times per year. For example, the existence of a certain number of outside directors or a functioning audit committee by itself is not the critical factor to minimize fraud. Rather, qualitative factors such as the effectiveness of the members and the degree of the information flow would be more important.

The Study did not conclude on the effectiveness of certain Sarbanes-Oxley (SOX) provisions in preventing or detecting financial statement fraud. Given the small number of frauds examined in the Study that involve time periods subsequent to the issuance of the Sarbanes-Oxley Act of 2002, further research will be needed once sufficient time has passed to allow for more observations of SEC fraud investigations involving post-SOX time periods before any conclusions can be reached about the effectiveness of that legislation in reducing instances of fraudulent financial reporting.

Consequences of Fraud on Perpetrators, Firms, and Stakeholders

The SEC named the CEO and/or CFO for some level of involvement in 89 percent of the fraud cases. Within two years of the completion of the SEC’s investigation, about 20 percent of CEOs/CFOs had been indicted and over 60 percent of those indicted were convicted.

In addition to the consequences to management, fraud firms also suffered consequences. Based on the initial news of the alleged fraud in the press, there was an average 16.7 percent abnormal stock price decline in the two days from the time of the news announcement regarding an instance of fraud. In addition, news of an SEC or Department of Justice investigation resulted in an average 7.3 percent abnormal stock price decline. Long-term negative consequences of fraud were also apparent. Firms that were involved in fraud often experienced bankruptcy, delisting from a stock exchange, or material asset sales following discovery of fraud.

Based on the Study, when firms are experiencing financial stress, enhanced skepticism is warranted for key governance participants, including the board of directors, auditors, and regulators. In order to prevent future financial statement fraud, additional research should be conducted to better understand certain results from the Study, especially in the areas of the firms’ interaction with the audit committees, changes of auditors and the effect that SOX has on fraud occurrences. 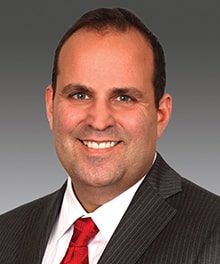