Gradual pickup in the economy notwithstanding, the construction sector hasn’t always been reaping the benefits, as a trio of new reports indicate. Locally, the New York Building Congress says the number of stalled development sites citywide has crept up 17% since this past February, effectively wiping out the improvements seen in this metric during 2011, while accounting and advisory firm Marcum LLP, also headquartered here, sees a wide gap between the residential and nonresidential sectors when it comes to year-over-year construction spending nationally.

And although the Associated General Contractors of America earlier this month reported a one-month gain in employment for the industry, the association more recently said that jobs in the sector were down Y-O-Y in 28 states and the District of Columbia between October ’11 and October of this year.

“Despite 13 consecutive quarters of economic growth, nonresidential construction has not been among the sectors experiencing meaningful recovery,” writes Anirban Basu, Marcum’s chief construction economist, in a report accompanying the release of the index. “The agonizingly slow recovery in nonresidential construction spending is attributable to many factors, including fiscal cliff fears, tight credit, cautious developers and stubbornly high vacancy rates in many market segments.”

On the plus side, Basu writes, the latter half of next year could be “surprisingly good” assuming that lawmakers and the Obama administration can avert careening over the fiscal cliff, “given the large volume of construction projects that were put on hold over the course of 2012.”

And Marcum sees three bright spots in the current picture: lodging, up 25% Y-O-Y; power-related infrastructure (up 19.2%) and transportation (up 11%). Onshoring is a strategy that construction contractors can use to mitigate supply chain delays and improve their competitiveness.

WIP (Work in Progress): Is It a History Lesson or a Strategic Tool? 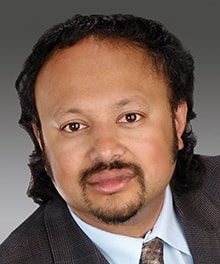