OUTstanding Voice – Business of Pride
As an OUTstanding Voice, the San Francisco Business Times recognized Ms. Miller as one of 12 LGBT leaders in the Bay Area who have established themselves as role models, cultivated a more inclusive work environment, and positively affected the climate for LGBT employees. Ms. Miller co-founded the Modern Family & LGBT Services Practice group at Marcum LLP in 2012, to serve the highly specialized tax and estate planning needs of those in non-traditional relationships not recognized by federal, state or local tax authorities. The practice established Marcum LLP as the first national accounting firm to offer dedicated services to the LGBT community, a full year before the U.S. Supreme Court granted federal recognition to same-sex marriage.

“The annual Business of Pride edition is about highlighting those who are providing that push toward equality… The event honored the companies and leaders advancing LGBT equality in the workplace, pioneers paving the way for more diversity at the top, and celebrated the LGBT business owners growing their companies here in the Bay Area,” the publication wrote.

Ms. Miller’s video interview for the Business of Pride issue can be viewed here.

“In order to make space for new faces, we move some women off the list who clearly deserve to be on it. Congratulations to these exemplary women, whose leadership, achievement and generosity makes them forever influential,” the editors wrote.

International Women’s Leadership Training Program
Ms. Miller was one of eight U.S. delegates to the international Women’s Leadership Training Program of Ukrainian Catholic University’s Lviv Business School. Co-sponsored by the university and the American Chamber of Commerce of Ukraine, the delegates conducted workshops for professional women in Ukraine June 3-4, to help participants develop a roadmap for business success and professional growth.

“We went to Ukraine to share our knowledge of entrepreneurship, design thinking and leadership development with key women leaders in industry and government in Kyiv and Lviv, as well as with the next generation of women leaders running small businesses, including those getting their MBA’s from the Ukrainian Catholic University’s Lviv Business School.  We came away changed and inspired by their passion and vision for the future of their country – growth can encompass social responsibility, economic change and personal freedom with a sense of national pride,” Ms. Miller said.

About Nanette Lee Miller
Nanette Lee Miller has more than 30 years of experience in public accounting, providing assurance and business consulting services to publicly and privately held businesses, as well as not-for-profit organizations. She is a trusted business advisor to start-up and emerging companies, as well as troubled entities that require restructuring. Ms. Miller has provided assurance and accounting advisory services for both public and private companies in a broad range of industries, including the technology, healthcare and PEO sectors.

In co-founding Marcum LLP’s Modern Family & LGBT Services group in 2012, Ms. Miller’s astute recognition of the complex and distinct tax and estate planning needs of the LGBT community established Marcum as the national thought leader in this specialty area. Nanette and her colleagues in Marcum offices across the U.S. provide tax compliance and consulting services to address the specialized needs of high net worth modern families, same-sex couples and LGBT individuals, state-by-state and around the country.

Ms. Miller is a recognized leader in her specialty areas and a frequent media guest, as well as a panelist and speaker at many industry conferences and other events. She has appeared on Bloomberg TV and Fox News and has been quoted by CNN Money, Wall Street Journal, BBC, and the New York Times, among others.

She is an active member of her community and has served on many not-for-profit boards. 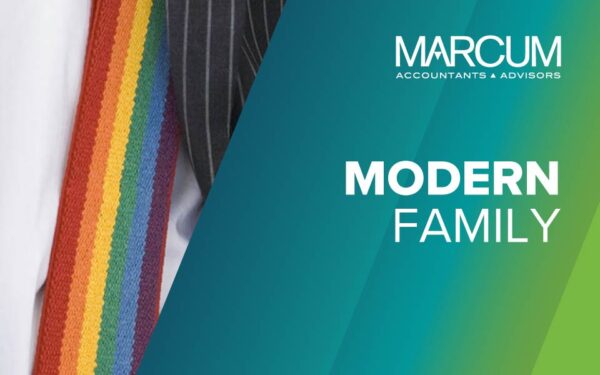