In early November 2021, President Biden signed the Bipartisan Infrastructure and Jobs Act (BIJA) into law. While the major tax provisions in the Biden Administration agenda will be contained in the Build Back Better Act (not yet enacted), the Infrastructure bill does contain some tax provisions.

An early termination of the credit may require employers who reduced employment tax deposits to repay these amounts. The IRS will provide notification of a penalty waiver procedure for this situation.

The bill contains a controversial provision which produced considerable debate prior to passage that requires any “broker” to report digital asset transfers. The Act’s language contains a rather broad definition of a “broker.” Failure to report subjects the taxpayer to civil penalties without reasonable cause.

Prior to passage, the cryptocurrency industry sought to have the Act’s language modified. However, no amendments were made.

The Treasury will need to issue further guidance with respect to this provision, which applies to returns and statements required to be filed and furnished after December 31, 2023. The delayed effective date likely means that there may be legislative changes to this rule in the future.

The practice of “pension smoothing” permits the use of higher future interest rates for determining a company’s future pension liability. The interest rate stabilization table issued within the Internal Revenue Code, which was scheduled to expire at the end of the 2025 plan year, is now extended for another five years.

This rule is expected to reduce the level of pension plan contributions and, correspondingly, reduce deductions in determining taxable income. This should generate higher tax revenue.

Most of the provisions within the Bipartisan Infrastructure and Jobs Act include details of new federal investments in America’s infrastructure, encompassing bridges and roads, broadband, water and energy systems. The Act was legislated to ensure safe travel and the efficient transport of goods and produce across the country. We expect additional tax legislation in other future bills, including the Build Better Back Act. Your Marcum tax advisors will continue to keep you apprised as these and other tax initiatives advance through the legislative process. 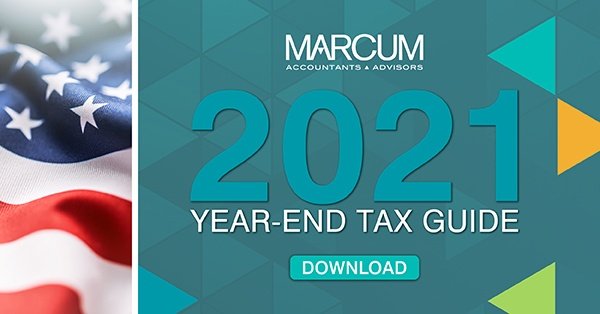 In order to be eligible, Pennsylvania businesses must invest significant capital in PA by constructing a new facility and creating a specific number of jobs.