Who remembers Medicare cost-based reimbursement? If you raised your hand, I guess like me, we are all dating our years of experience in the healthcare industry. Those were the days when you actually received reimbursement for the care provided to your frail and elderly residents. We even got paid for inflation as opposed to just trying to figure out how to make ends meet. Those were the days.

In 1998, cost-based reimbursement was replaced by a Prospective Payment System (PPS) and Minimum Data set (MDS) System, which was used to determine the complexity of care and minutes of therapies provided, and generated a payment rate classification through the introduction of Resource Utilization Groups (RUGs) rates. The system, while drastically different than cost-based reimbursement, continued to at least acknowledge the need for restorative care.

The PPS shift was not an easy adjustment for some of the provider community. Others adjusted quickly and opted to move from a 4-year phase-in to a 3-year phase-in. Providers needed to learn a new payment methodology and a significantly complex reporting mechanism. Seems like this was only the beginning of the government’s attempt to contain payments. We did well and learned the system.

So here’s where things start to get interesting. MedPAC reported to CMS that the industry made too much money through improper recordkeeping, which was known as “RUG creep.” CMS then began to cut back any PPS inflationary increases and also implemented sequestration. Basically, reimbursement started to shrink, but the demand for regulatory compliance measures continued and continues to increase. What ever happened to a fair profit for a fair service? Last time I looked at various industry reports, the average profit margin for a nursing home operator was 1-3%. Not much room for error with those razor-thin margins.

So what’s next…PDPM? Doesn’t seem to roll off your tongue as easily as PPS did. Either way, it’s here, it’s complicated, and it’s staying.

Welcome to our newest challenge. On July 31, 2018, at 4:15 PM, the Center for Medicare and Medicaid Services (CMS) released the final payment rule associated with the implementation of a Patient Driven Payment Model (PDPM). While we have until October 1, 2019, before PDPM is implemented, there’s much to do and much to understand prior to this date.

So what does the final rule mean for the provider community? There are four basic key elements to the legislation:

To date, and always subject to adjustments, the average Medicare rate will increase by 2.4% effective October 1, 2018. Don’t get so excited. CMS will have a hold-back of 2% of the 2.4% increase which will be subject to refund, based upon your prior year hospital readmission rate. This increase represents approximately $850MM. Note, the final rule actually has a CMS-admitted error, stating the increase only represents $820MM.

The Quality Reporting program will be implemented on October 1, 2018, as well. If you’ve not submitted your necessary reporting measure, you can expect a letter from CMS identifying an additional 2% cut for your lack of compliance. The good news is there are no new reporting measures.

October 1, 2019, represents the effective date of the rule for Part A services. Here are some key highlights:


When comparing the old RUGs system to PDPM, two major variances stand out. PDPM has unbundled therapy measures to separate by discipline, and has added a component for non-ancillary therapy. Under PPS, non-ancillary therapy was not isolated but, instead, included it as part of nursing care. Additionally, PPS therapy was entirely grouped together. Based upon a correctly completed MDS, residents will receive a case mix group for each specific component; hence, driving a payment rate.

You’ll be happy to learn the volume of MDS assessments has been reduced. Under PDPM, only two mandatory assessments are required to be completed: the first at the time of admission and then upon final discharge.

Under PDPM, the portion of payments received for Occupational and Physical Therapy will decline over the duration of a stay. Declines will begin on Day 20 and then decline every seven days thereafter. Additionally, the rates for non-therapy ancillary costs, while tripled for the first three days of a resident stay, on Day 4 will revert back to the standard payment rate.

It’s obvious to the industry what may happen here: shorter average lengths of stay and a higher likelihood of hospital readmissions; hence, lower reimbursement. Additionally, did I fail to mention the necessity to maintain accurate billing and documentation throughout the entire length of stay?

We understand that these changes do and will continue to raise many questions within the provider community. Marcum stands ready to work with the community as the new rules move closer to implementation. 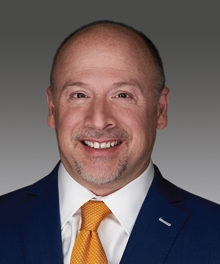