Whether you’re an issuer or an investor, playing in the microcap arena can be riskier than with other forms of investment, at times significantly so. Many microcap stocks are traded over the counter, directly between brokers and dealers. As they are not often the focus of concentrated market interest, only a small number of shares are traded at any one time, and prices tend to be low because of the low demand. In addition, unlike microcap stocks that are not exchange-traded, they do not have to meet the strict listing standards designed to protect investors, and due to the relative anonymity of these stocks, investment researchers follow them less closely and file reports about them less frequently than their larger counterparts. The SEC has stepped in to address this, requiring microcap stocks with more than 500 investors or with $10 million or more in assets or that post their price quotes on the OTC Bulletin Board to file reports with the agency, detailing the stock’s financial condition. But certain microcap stocks are considered risky investments for reasons apart from their place in the regulatory framework. Often, for new companies with no established history of success and with products or services that are in the infant stage, the likelihood of their success is difficult to gauge. In addition, the paucity of public information increases the risk of corporate fraud.

The tradeoff, of course, can be summed up in a Wall Street axiom: “The higher the risk, the greater the reward.” With many microcap stock prices low and the companies small, tremendous room exists for growth and robust returns.

It is important to understand what is meant by the terms microcap, small-cap and penny stock. The definitions of small-cap and microcap stocks are connected to the value of their market capitalization. Penny stocks, on the other hand, are defined by their per-share price.

Click here to read the full article on www.metrocorpcounsel.com >>


Click here to read a PDF version of the article >> 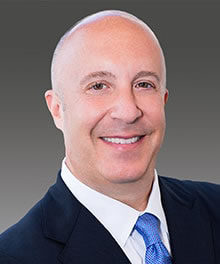